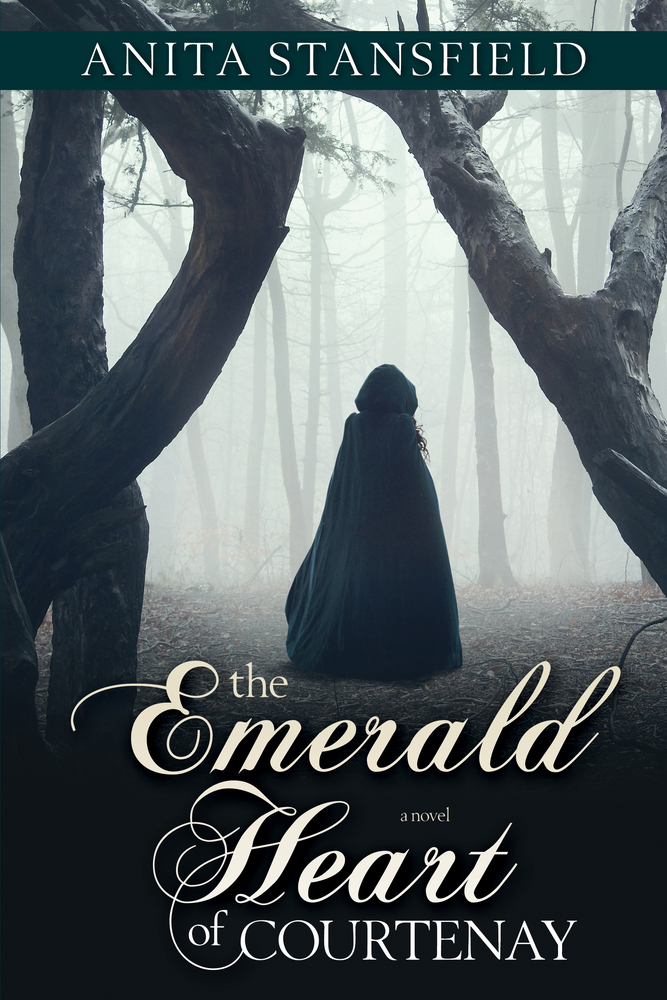 THE EMERALD HEART OF COURTENAY
by Anita Stansfield
Covenant Communications, 2019
ISBN: 978-1-52440-969-2
Source: publisher for review
Historical suspense
All opinions expressed are solely my own.

The moment her father takes his final breath, Sarah Courtenay becomes the sole heir of her family's sprawling castle—and something far more unexpected. For on his deathbed, Lord Courtenay left his daughter a cryptic message: a dark curse will fall upon the house should Sarah fail to obtain and protect a priceless treasure. Sarah's astonishment upon discovering the carefully hidden sword sparkling with jewels is nothing compared to the shock she feels when she learns the true nature of her father's death: he was poisoned. And now Sarah herself might possess something worth killing for. Desperate to avoid her father's fate, Sarah flees the only home she's ever known, taking with her a loyal maid and a hired bodyguard who will stop at nothing to protect the beautiful woman in his care. From the safety of a remote farm, Sarah finds a renewed measure of peace and hope for the future. But the sinister weapon that glitters amid her belongings in that small farmhouse beckons a shadowy enemy, one who will not be deterred from taking everything from Sarah—including her life.

When Sarah's father dies from a sudden illness, she has no idea that he's been murdered.  When she learns that he was poisoned and that it might be related to a family heirloom that her father just barely revealed to her, she's not sure what to do.  When some of those closest to her insist on hiring a bodyguard for her, in case she to is a target, she's not happy about it.  But another tragedy makes it clear that she is indeed at risk.  She doesn't expect to fall in love with her new bodyguard or feel so at home in her hiding spot.  As she faces the unknown she must decide what she really wants and what's she's willing to give up to get it.  I quite enjoyed this new book by Anita Stansfield.  The build-up and suspense is superbly done with the tension building from the very first page.  I especially enjoyed Sarah as a character, she's rather an unusual lady in that she's not proud or greedy, her best friend is her personal maid.  And she has no trouble accepting her growing feelings for her bodyguard, even though he's from a different class.  The author also does an excellent job disguising the culprit.  The guilty party isn't really obvious, which leads Sarah and Darius back to Castle Courtenay in search of answers when hiding doesn't get them any closer to answers.  The love story between the two is sweet and gentle, but Darius has his past to deal with and Sarah of course must deal with the challenges of her present.  If you enjoy historical suspense with great details and a sweet romance, I can easily recommend this one.

Posted by Geo Librarian at 5:49 PM