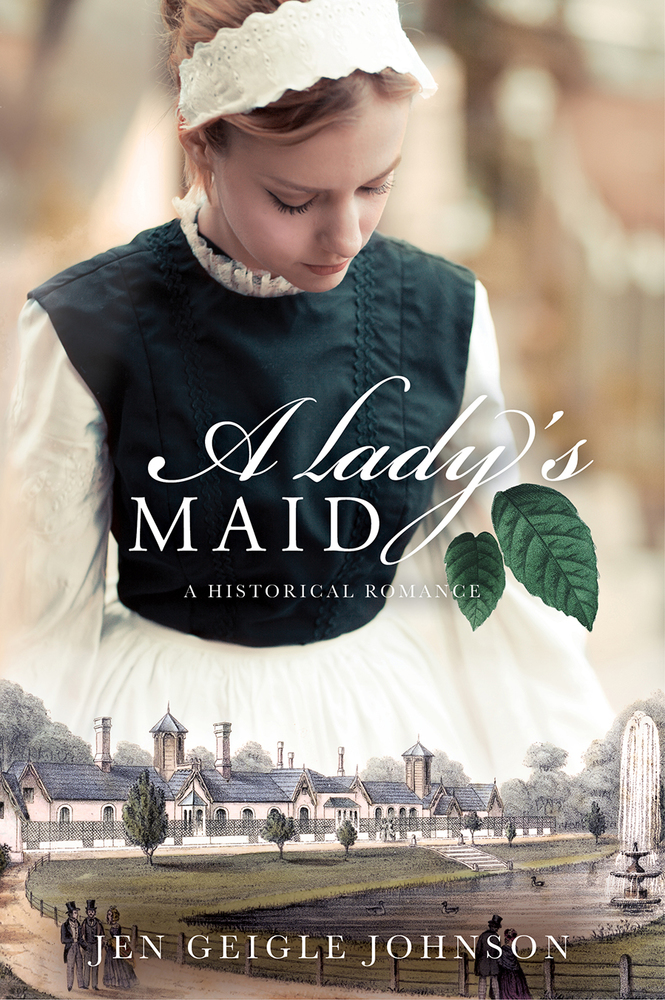 A LADY'S MAID
A Historical Romance
by Jen Geigle Johnson
Covenant Communications, 2019
ISBN: 978-1-52440-845-9
Source: publisher for review
All opinions expressed are solely my own.

Molly O’Malley, lady’s maid to the progressive Lady Amanda Halloway, is determined to continue the life’s work of her lost love, killed in the Peterloo Massacre. But when her efforts and a trip to Lady Halloway’s charitable orphanage culminate in her own abduction, Molly’s eyes are opened to the horrifying crimes transpiring in the city’s slums. Despite the risks, she broadens her mission and is drawn ever closer to the peril all around them.

Thomas Flaherty, a footman in the Halloway household, has been with Molly from the beginning, but he fears she will never trust him with her heart. Even though her cause and happiness are of foremost importance to him, his loyal patience is tested by the fears that keep her at a distance. But with their safety on the line, Thomas is resolved to sacrifice everything for the woman he loves.

Risking their lives and their love, Molly and Thomas and a team of nobles on their side will stop at nothing to empower the powerless, no matter the personal cost.

A Lady's Maid isn't just a regency romance.  It's a historical tale revolving around the fight for suffrage, the right to vote, a fight for those whose voices were so often ignored or deliberately set aside.  A problem that remains with us today.  I found it fascinating though to get a glimpse at the time and place.  I like to think that though Lady Amanda, Molly, Thomas, and the others are fictional, that there were those like them, who worked hard in support of their causes.  I loved reading about their efforts to help the orphans.  Not only does Johnson do an excellent job in creating her setting, but she has also created a compelling plot with several subplots, as well as some fabulous characters.

In her previous book, A Nobleman's Daughter, Lady Amanda and Lord Halloway's story and romance is told.  That story revolves around the fight for working people's rights but resulted in a massacre.  This new book tells the story of Molly, Lady Amanda's maid, and takes place ten years after the previous book ended.  Despite the time having passed, Molly still grieves the loss of her love, Charlie.  Still, she is attracted to Thomas, a footman in the Halloway's household, and a partner and friend also involved in the Halloway's work for the poor and for suffrage.  In addition to Molly and Thomas's story, which gives the reader a glimpse at the work of the working class, Johnson tells the tale of Lady Chloe and Lord Annesley.

Lady Chloe gets involved in Lady Amanda's work but struggles with shyness as well as her feelings for Lord Annesley.  Lord Annesley is a childhood friend of Lady Chloe and the Halloways, who is also part of their cause.  Unfortunately, because of his father's poor financial decisions, he soon finds himself caught between a rock and a hard place, when he is blackmailed into spying on the suffrage movement by the prime minister.

I thoroughly enjoyed this book and the way all the different characters interacted through the various plotlines.  If you enjoy regency romances or well-told historical fiction, I highly recommend this one.