On Tour with Prism Book Tours... 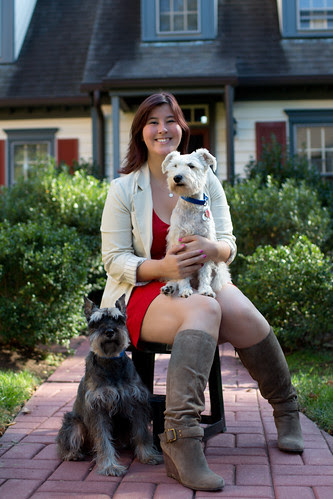 Hello there! My name is Gretchen Powell. I am 24 years old, half-Chinese, and the owner of two adorable miniature schnauzers. I am an occasional drinker of classy wines, and I wrote a book.


By day, I work for a government contractor in our nation’s capital.
By night, I binge on episodes of Doctor Who and sleep fitfully.
Sometime in the mid-afternoon, I write another blog called Honey, I Shrunk the Gretchen! about weight loss, food, fitness, and my life.
Some of my favorite things include polka dots, Harry Potter, pretty much any TV show that airs on Thursday nights (yep, I'm talking Vampire Diaries #notashamed), and playing the ukulele. 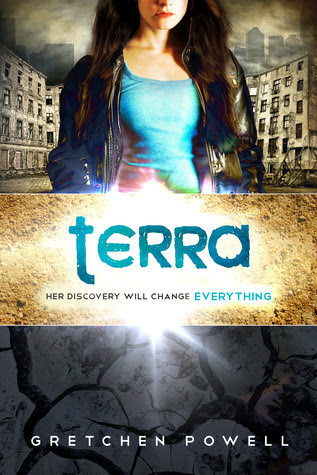 A broken and desolate Earth. A young girl struggling to survive. A lost boy with a powerful secret.
A discovery that will change everything.
In the distant wake of a plague that has decimated the Earth's population, humanity is split in two: The rich and powerful live in skycities that float overhead, while those who remain on the ground have gathered in settlements strewn across a dying planet. Eighteen-year-old Terra Rhodon is a terrestrial--a denizen of the barren groundworld--who makes her living as a scav. Long abandoned by her father, her caregivers gone, Terra supports herself and her younger brother, Mica, by scouring the earth for discarded scraps and metals to recycle for profit. One day, while on a routine scavenging run, she discovers something that shocks her home settlement of Genesis X-16. When the value of her discovery is revealed, Terra's world is turned upside down.
Terra suddenly finds herself asking questions no one will answer. Her search for the truth leads her to Adam--a beguiling skydweller unlike any she has ever met. But Adam has secrets and a quest of his own, and with him by her side, the world Terra thought she knew begins to unravel. Soon her discoveries unearth a terrifying conspiracy that has the potential to shatter everything--a revelation that will test the bonds of loyalty, family, and love.


While I am not a huge dystopia fan this book appealed to me for some reason this book interested me. And I was not disappointed. Terra is a gutsy character, determined to do right by her brother, while at the same time she struggles with grief from the past and fear of the future.  What I especially appreciated was her determination to make life better for herself and her brother despite her fears.

I liked how vividly the author creates her dystopian world.  When creating new worlds sometimes the story gets bogged down in the details.  That is not the case here.  Powell does a nice job of giving the reader a look at the world without going into excessive detail. And while the world she creates is a made up one, I saw distinct parallels to our own world and the heartbreaking poverty that exists here as well as the developing environmental problems that clearly led to the devastation of Terra's world.

The plot is certainly a thought-provoking one.  Terra comes into some good fortune but she knows that it is just temporary unless she builds upon it, as a result she discovers some things that forever change the way she sees her world and her place in it.  The question then becomes, what if anything to do about it.  Questions of personal survival versus the good of the community are raised and will undoubtedly be pursued in more depth in the sequel.  This is the kind of plot I really enjoy, thoughtful and intriguing while maintaining a brisk pace with plenty of action.

I very much look forward to reading the sequel. While I could have done without the swearing, it was uncommon enough that it didn't pull me out of the story. Recommended.

In Terra's world, resources are scarce and many people make their living as "scavs," hunting for scraps to turn in on Collection Day in exchange for credits. For this tour, YOU are a scav, and there are scraps all over the blogosphere for you to find! On each participating blog, there will be one of 9 possible questions. Answer the question to receive a keyword that will get you an extra entry in the awesome giveaway! (See here for a hint!)


One lucky scav will win a Terra prize pack! Get a signed copy of Terra, along with three exclusive (and gorgeous!) bookmarks, as well as a delicate silver watch--just like Terra's!--all packed up inside a scav bag of your very own! US only.

An additional five (FIVE!) winners will get a digital copy of Terra in the format of their choice. International.

Open only to those who can legally enter. Winning Entry will be verified prior to prize being awarded. No purchase necessary. You must be 18 or older to enter or have your parent enter for you. The winner will be chosen by Rafflecopter and announced on Rafflecopter and Grand Finale posts as well as emailed and the winner will have 48 hours to respond or a new winner will be chosen. This giveaway is in no way associated with Facebook, Twitter, Rafflecopter or any other entity unless otherwise specified. The number of eligible entries received determines the odds of winning. Giveaway was organized by Burgandy Ice @ Colorimetry and Prism Book Tours and sponsored by Gretchen Powell. VOID WHERE PROHIBITED BY LAW.

Check out the Reviews of Terra!! And become a "scav" and track down all the answers to the Collections questions hidden in the excerpts. :-)  Plus, celebrate Gretchen's birthday by bringing something fun to the party!!