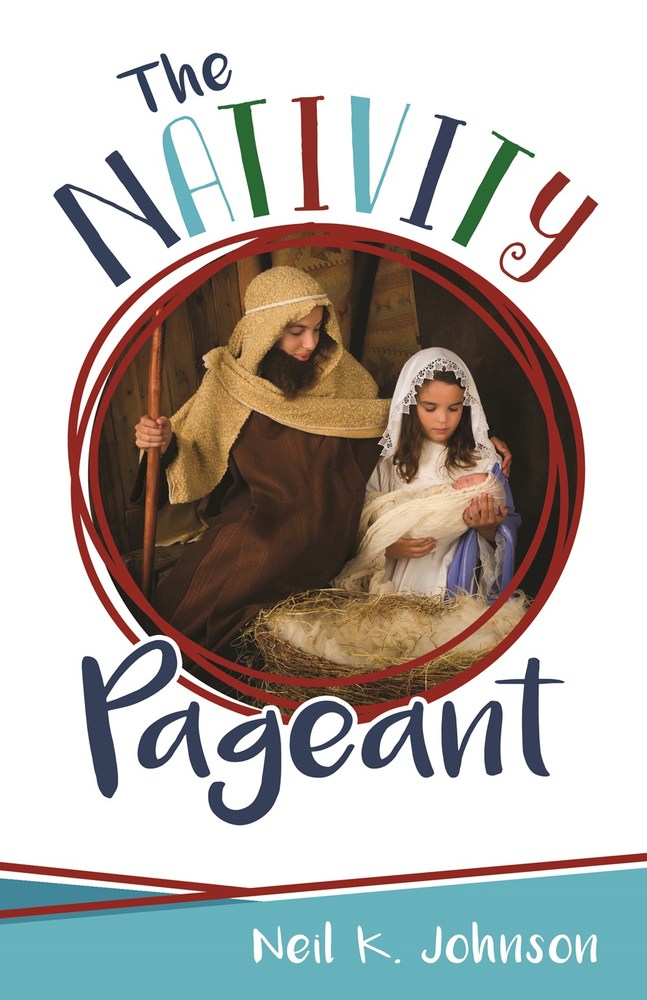 THE NATIVITY PAGEANT
by Neil K. Johnson
Cedar Fort, 2017
ISBN: 978-1-4621-2032-1
Christmas booklet
Source: publisher for review
All opinions expressed are solely my own.

Would you rather read the nativity story or be a part of it? Using simple stage directions, easy-to-find props, and a script that’s straight from the scriptures, this book helps you act out the familiar story of the first Christmas for your friends and family. Start a new tradition this season with a simple pageant you’ll look forward to performing year after year.

Neil K. Johnson taught school for 44 years–first drama, then English–and he loves kids. He was able to teach over 7,000, and as a result, many of them won awards for their writing and drama. He was chosen as the 2010 Utah English Teacher of the Year, and he was president of a state English and two state drama and speech teacher associations. Neil received his bachelor’s degree from Brigham Young University and his master’s degree from the University of Wisconsin at Superior. He did doctoral work at the University of Utah and the University of Northern Colorado. He wrote The Drama Source Book and compiled three books of plays. Neil and his current wife Sharee both lost their first spouses to cancer. They married and blended their family of 15 kids, and they have 50 grandkids (and counting). Neil is very active in his church, and he loves to see the enactment of the nativity pageant at Christmastime. He knows many of the struggles to make the pageant meaningful, and he has tried to address them in this dramatization.

There is something special about the idea of putting on a nativity pageant.  And while there are a lot of resources available to help in putting on such a pageant, the scriptures being the best resource of course, this booklet keeps things simple enough to be put on at home, church, or in the community.  Most of the text comes right from the scriptures with song suggestions as well as stage directions included.  A great resource for those interested in putting on a nativity play.

Posted by Geo Librarian at 4:30 PM