On tour with Prism Book Tours... 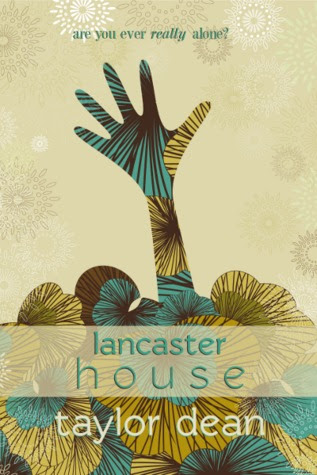 Zoe Grayson needs a change. So, she moves to another state, purchases an old, dilapidated 1920s Victorian Mansion, and sets out to restore it to its former glory. As she begins the restoration, she finds herself falling in love with the old house . . . not to mention its illustrious builder, Mr. Lancaster. Zoe becomes obsessed with the house as she discovers its secrets; hidden rooms, secret passageways . . . and a mysterious man who seems to think the house is his. Who is he? More importantly, how does he live in her home unseen and unheard?The unexpected answers leave her reeling—and questioning everything she’s ever known. To her dismay, Zoe’s actions land her in the local psychiatric hospital, scheming for ways to return to Lancaster House . . . and the love of her life. 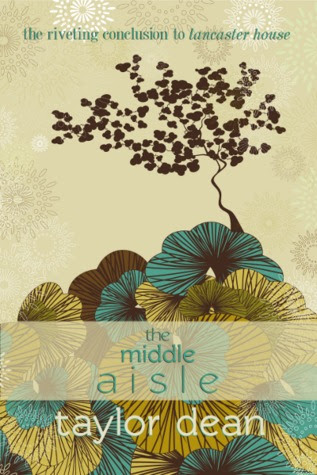 Zoe Grayson is back in Lancaster House, ordered to bed rest for the duration of her unexpected pregnancy. Doctor Wade Channing, her overzealous psychiatrist, is living in Lancaster House, taking care of her, waiting on her, and tending to her every need. It seems to be the perfect arrangement.There’s just one catch.She has to tell him her story—everything that has happened in her life since the moment she escaped from Serenity Hills. It’s been quite an adventure to include renovating another home and a walk down the middle aisle.But, that’s all over now. Nothing is real. It never was.How did she end up in this miserable situation?

For me one of the most important parts of a book is the setting.  While character development is vitally important and an interesting plot is essential, if I can't visualize the setting I have a hard time reading the book. That wasn't a problem here, Dean does a fabulous job creating a very vivid setting.  In fact, she did such a great job that I wanted to actually leap into the book and visit the place, old and damaged or not.  I loved the idea of secret hiding places and staircases that go nowhere and I'm a big fan of carved wooden features. I also really enjoyed Zoe as a character, a woman who is dealing with the grief of losing her father and the unfaithfulness of her former fiance, throws herself into renovating Lancaster House.  I admired the fact that she didn't let her struggles from doing something she wanted to do.  Of the strange things that start happening throw her for a loop, but she tries to deal with it the best way she knows how. I found the other characters interesting as well, especially Andre.  The plot is definitely an intriguing one, which I enjoyed immensely, I found it very unique and compelling. I can whole-heartedly recommend this as a clean, intriguing romance with lots of mysterious elements.

*If you missed the Idol Performance in the ballroom, hop up to Oh, The Books You'll Read . . . be careful of the cobwebs . . .


GUEST POST
My personal experience with an old, creepy house
My own personal experience with exploring a huge, old, creepy mansion definitely came into play while writing Lancaster House. It’s an experience no child should miss, but I now realize how lucky I was to have the opportunity to do so. It’s a rare thing.
My parents became friends with the owner of a mansion in San Jose, California. At one time, the Hayes Mansion practically overlooked a fantastic amusement park called Frontier Village.  Check it out here. Sadly, Frontier Village was torn down and replaced with condos. The Hayes Mansion still stood proudly in its place, a constant reminder of days gone by, old and dilapidated . . . yet absolutely amazing.
Check out a few pictures of the restored Hayes Mansion here.
My father, a local fire chief, was fascinated with the mansion. The original mansion burned to the ground. When it was re-built, it was “designed to incorporate the latest fire safety features of the day.”  Naturally, this alone would attract a fireman! It was through this connection that my father became friends with the owner. My father expressed an interest in touring the house and the owner said yes! At one time there was even talk of our family becoming the caretakers of the house! My parents seriously considered the idea. My siblings and I even had our rooms picked out! Can you imagine? I never would’ve slept a wink! Are you kidding me? It was creepy as heck in there. However, exploring all the nooks and crannies of the Hayes Mansion was an amazing experience. In the end, my parents decided to not become caretakers. It was only ever talk anyway. But my mother soon realized that while we were all at work and school all day every day, she’d be home alone in the huge monstrosity. No thank you! I don’t blame her one bit! But, it was kinda fun to imagine what it would’ve been like.
Of course, now the old mansion has been restored and is a hotel and conference center. We visited once and ate at the restaurant. It is absolutely beautiful and the food was delicious. We sat rather formerly in a place we had romped through as children, smiling at each other at the irony.
It’s still creepy as heck in there!
Even my big, burly brother-in-law kept looking over his shoulder, for no good reason, except that he felt a little freaked out. Finally, he asked, “Can we leave now?”
It was my memories of exploring the Hayes Mansion that helped me to write Lancaster House.  Zoe’s feelings as she wandered the rooms of Lancaster House were very similar to my own as I investigated an old, dilapidated mansion.
That being said, could I have moved in by myself into an old mansion like Zoe does in Lancaster House? No way! I’m a wimp. I scared myself while writing this book. Ha! 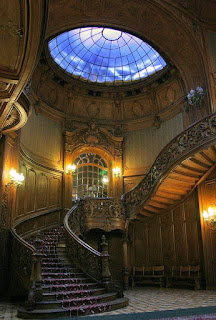 *To hear a creepy story about the Hayes Mansion  . . . just feel this banister as you ascend to Phantasmic Reads on Monday's post . . .


(Pictures can be sourced through http://pinterest.com/burgandyice/secret-passageways/) 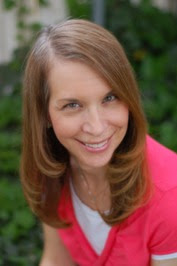 Taylor Dean lives in Texas and is the mother of four grown children. Upon finding herself with an empty nest, she began to write the stories that were always wandering around in her head, quickly finding that she had a passion for writing, specifically romance. Whether it's paranormal, contemporary, or suspense-you'll find all sub-genres of romance in her line-up.


Lancaster House & The Middle Aisle, available in print or eCopy from Smashwords or Amazon:

Open only to those who can legally enter. Winning Entry will be verified prior to prize being awarded. No purchase necessary. You must be 18 or older to enter or have your parent enter for you. The winner will be chosen by Rafflecopter and announced on Rafflecopter and Grand Finale posts as well as emailed and the winner will have 48 hours to respond or a new winner will be chosen. This giveaway is in no way associated with Facebook, Twitter, Rafflecopter or any other entity unless otherwise specified. The number of eligible entries received determines the odds of winning. Giveaway was organized by Burgandy Ice @ Colorimetry and Prism Book Tours and sponsored by Taylor Dean. VOID WHERE PROHIBITED BY LAW.