BLOG TOUR w/ GIVEAWAY: When Life Gets You Down, RISE UP! by Kacey McCallister 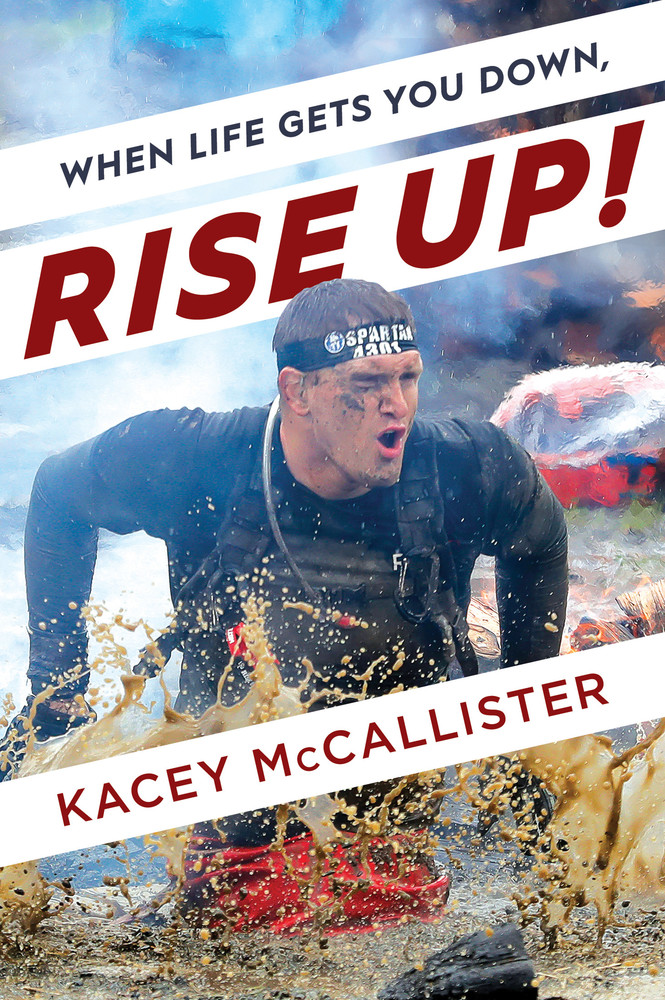 WHEN LIFE GETS YOU DOWN, RISE UP!
by Kacey McCallister
Covenant Communications, 2019
ISBN: 978-1-52440-927-2
Inspirational
Source: publisher for review
All opinions expressed are solely my own.

It was a crisp winter day when six-year-old Kacey McCallister lost both of his legs, forever altering the course of his life. This unthinkable trial could have broken him, but from that day forward he chose to rise above his circumstances and learn to live without limits.

For those struggling to find hope in the depths of physical, spiritual, or emotional trials, this incredible story of one man's unbreakable courage will inspire and motivate readers to not only survive but thrive amidst life's challenges.

A true testament to the power of the human spirit, When Life Gets You Down, Rise Up! demonstrates the refining power that can be found in the midst of overwhelming odds, a power available to all who will take hold of it and rise.

While I haven't finished the book yet, I've really enjoyed the parts I have read.  Kacey's story is an interesting one and his positive attitude makes it a pleasant read.  I even found myself laughing at his stubbornness and determination to succeed. I also appreciated the fact that his parents refused to let him become dependent.  The creative ways he found to do things that most people do without thinking about it was fascinating to read about.

Posted by Geo Librarian at 3:58 PM No comments: Links to this post 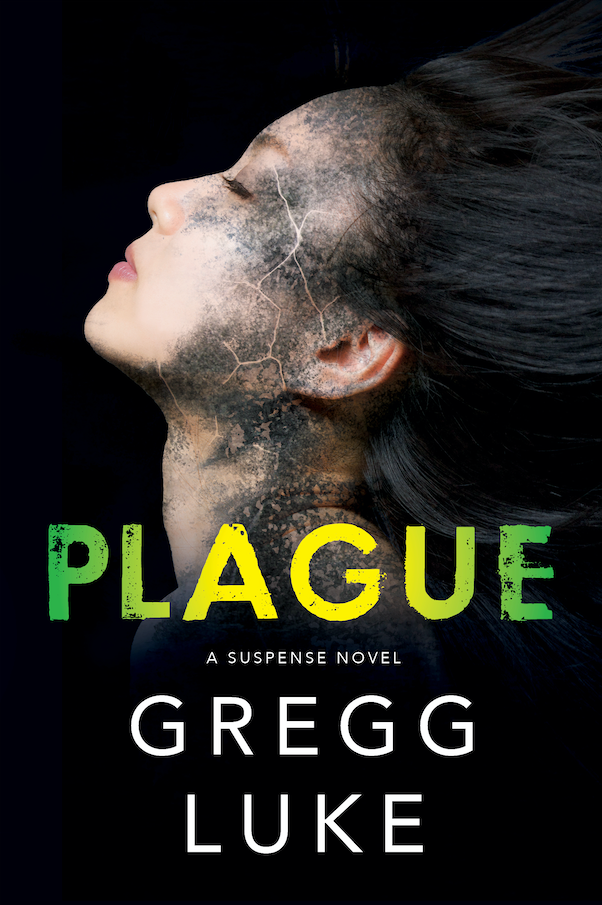 PLAGUE
A Suspense Novel
by Gregg Luke
Covenant Communications, 2019
ISBN: 978-1-52440-866-4
Source: publisher for review
All opinions expressed are solely my own.

Centuries ago, the Black Death shadowed the world, claiming the lives of tens of millions. Now the world is on the brink of another scourge—and this time, it will be an extinction-level event. . . .

Professor Mitch Pine knows all too well the history of epidemics, so the startling new information he's discovered has him racing to the Centers for Disease Control in Atlanta. Mitch has uncovered a startling pattern: dramatic environmental changes always occurred prior to devastating outbreaks, and current climate change may be such a catalyst. But before his plane lands, Mitch's journey takes a terrifying turn. He is intercepted by a woman who represents a dangerous faction whose interest in Mitch's research opposes his mission to save lives. To secure Mitch's cooperation, his research assistant is being held hostage. With so many lives on the line, Mitch embarks on a turbulent trip around the world, uncovering pieces of the puzzle until he ultimately holds the key to prevent—or precipitate—global devastation. Unless he can find a way to stop the lunatics behind his abduction, a plaque the likes of which the world has never known will be unleashed.

Gregg Luke always does a nice job with his medical thrillers.  And this one is no different.  While the premise does require some suspension of disbelief, in an author's note at the end he explains the science on which it's based, making it not quite so unbelievable.  In any case, I find the mixture of real science with fiction to be an intriguing one.  Mitch makes for a very sympathetic characters as he is pulled into a quest through blackmail and extortion in the very first chapter.  His determination to use his research to save people stands in stark contrast to the motives of his extortioner and handler.  Although the twist involving his handler makes for some interesting reading.  If you enjoy medical thrillers I can recommend this one.

Posted by Geo Librarian at 1:43 PM No comments: Links to this post 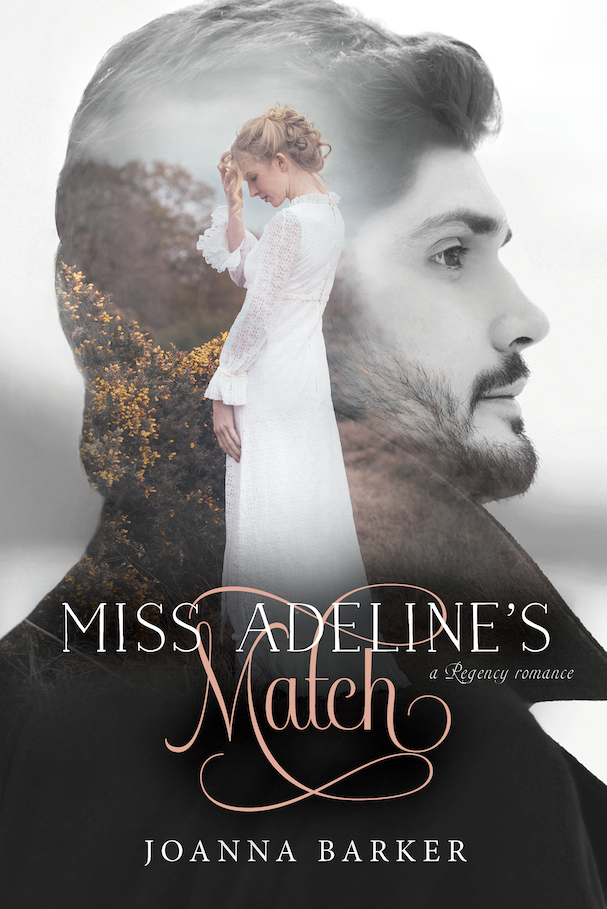 MISS ADELINE´S MATCH
a Regency romance
by Joanna Barker
Covenant Communications, 2019
ISBN: 978-1-52440-880-0
Source: publisher for review
All opinions expressed are solely my own.

Miss Adeline Hayes is the perfect lady's companion: pleasant, conversational, and unceasingly proper. But when her closest friend, Charity Edgeworth, breaks off her arranged marriage without explanation, even Adeline's superior skills are put to the test. Charity's father banishes the two young women to the country, sending Adeline with a charge to find Charity a husband—or suffer dire consequences. As Adeline takes on the role of reluctant matchmaker, she discovers more than one obstacle in her path. Not only does Charity prefer escaping in books to socializing, but Adeline soon finds her own attentions distracted by the standoffish—and irritatingly handsome—Mr. Evan Whitfield. Amidst an eventful foxhunt and the unexpected arrival of Charity's former betrothed, Adeline simply doesn't have time for a battle of wits with Evan. But the two are continually drawn together until Adeline begins to question her tightly guarded convictions about love and marriage.

However, when secrets are revealed and truths made known, Adeline must face her most fearsome obstacle yet: herself.

I enjoyed reading about Miss Adeline and her best friend, Charity, even though I didn´t agree with all their actions.  Miss Adeline has been threatened by Charity´s father leaving her with only a few options.  One of those options was telling Charity about the threats so they could make plans together.  But Addie chooses not to do that, not wanting to add to her friend´s burdens.  After all, Charity has recently broken off an engagement that left her with a broken heart.  And so Addie sets out to find her friend a husband.  But Charity continues to grieve the loss of the man she love´s and Addie has her work cut out for her.  Things become more complicated when Addie meets a man and falls in love herself.  But some of the decisions Addie makes really aren´t hers to make and complicate things for everyone.  I especially liked the witty banter between Addie and Evan, it made for some amusing moments in a rather serious story about choices and consequences.  Both Addie and Charity are sympathetic characters despite their flaws, or maybe because of them.  A refreshing romance that has depth and character in spades and makes for an entertaining and thoughtful read.
Posted by Geo Librarian at 12:57 PM No comments: Links to this post 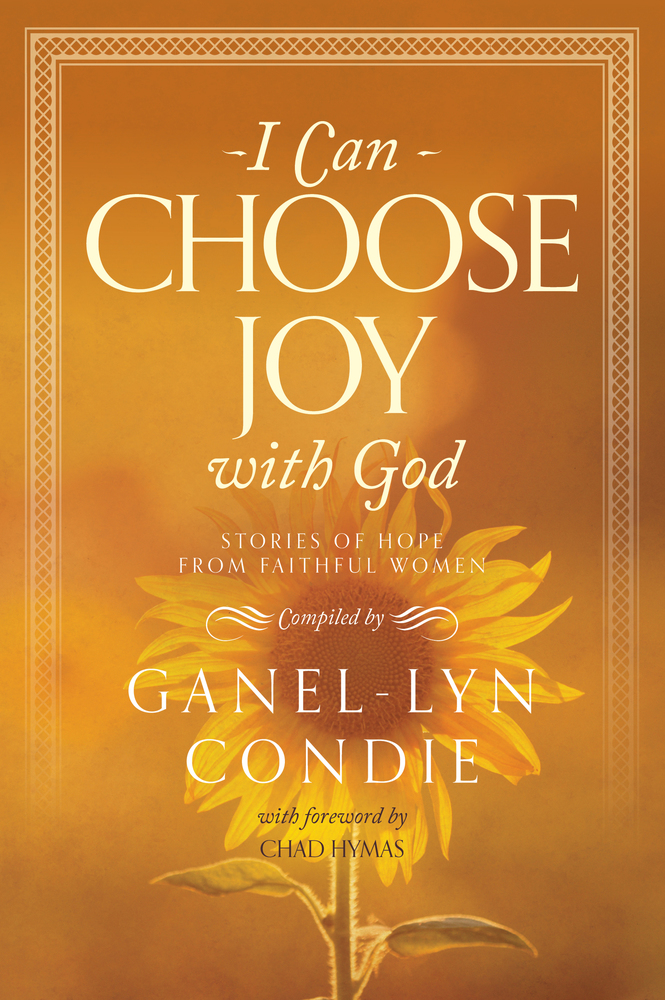 I CAN CHOOSE JOY WITH GOD
Stories of Hope from Faithful Women
compiled by Ganel-Lyn Condie
Covenant Communications, 2019
ISBN: 978-1-52440-742-1
Source: publisher for review
LDS Inspirational
All opinions expressed are solely my own.

When the trials of life seem too much to bear, joy can feel beyond reach. However, with words of encouragement and hope, Ganel-Lyn Condie reassures readers that joy is not only possible but also well within our grasp as we choose to turn to the Lord with our burdens. The next in the popular With God series, I Can Choose Joy with God is a powerful compilation of essays written by women of The Church of Jesus Christ of Latter-day Saints that offers a compelling look at the struggles they faced and how they found joy even in their darkest hours. From parental concerns to financial hardships to debilitating anxiety, these personal accounts demonstrate the incomparable strength that can be harnessed through faith in a loving Heavenly Father. Though no one can avoid being tossed by the tempestuous sea of mortality, everyone can fine true joy as they hold tight to the lifeline of salvation Jesus Christ provides.

Posted by Geo Librarian at 4:07 PM No comments: Links to this post