BLOG TOUR w/ GIVEAWAY: Holy as you are by Christie Gardiner 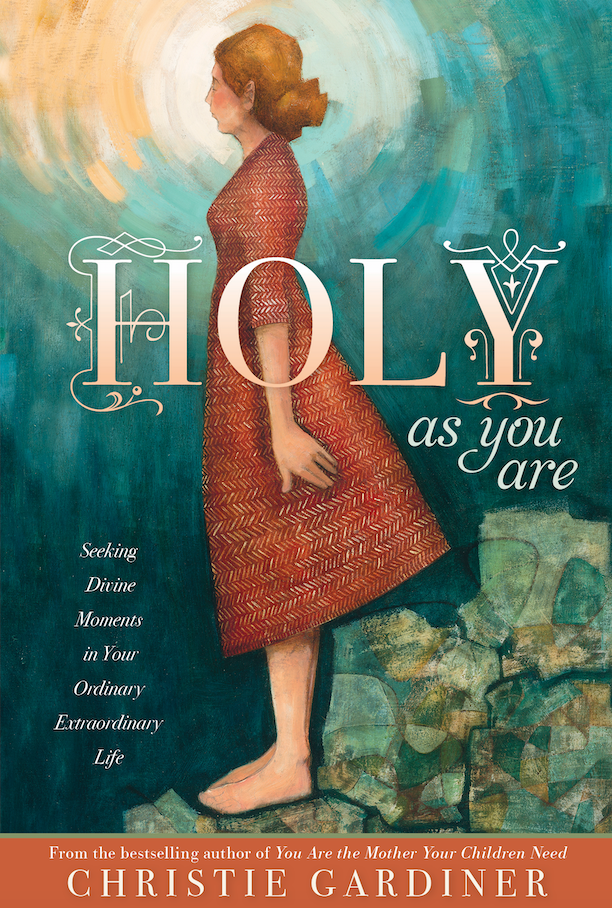 HOLY AS YOU ARE
Seeking Divine Moments in Your Ordinary Extraordinary Life
by Christie Gardiner
Covenant Communications, 2019
ISBN: 978-1-52440-961-6
Source: publisher for review
LDS Inspirational Nonfiction
All opinions expressed are solely my own.

When referenced in the scriptures, the word holy means to "set apart for a sacred purpose." It is a description all women who seek to follow Christ want to embody—but the struggle between the ideal of a holy life and reality can seem far apart. In Holy As You Are, best-selling author Christie Gardiner seeks to close the gap reminding women of the holy attributes they already possess and how they can accomplish extraordinary ordinary things that will forever change the landscape and heart-scape of their world.

With a wealth of spiritual guidance and upbeat wisdom that doesn't shy away from difficult topics, this inspired volume challenges readers to look at their tragedies and triumphs and everything in between as sacred opportunities to choose holiness. What if ordinary is extraordinary? What if you are Holy As You Are?

In this inspirational book for Latter-day Saint women, Christie Gardiner writes about the importance of seeking to live a holy life.  Not that any of can do so perfectly, but that doesn't negate the blessings that come from doing our best on a daily basis.  The first couple of chapters focus on holiness of heart and holiness of agency and the importance of both in helping women develop their holy character.  She shares stories and experiences, both her own and others, to help make her points.  She goes on to discuss the importance of finding out own personal, 'ordinary extraordinary' ministers that we can pour our hearts and souls in, and find holiness in doing.  I found this book to be very inspiring as well as reassuring.  Sometimes it feels like nothing I do is ever quite good enough or important enough.  This book reminds me that that isn't the case.  I was reminded of the widow's mite and how it wasn't how much she gave that was important, but the manner in which she gave.  For women who are struggling to find peace and joy in the ordinary and the mundane I recommend this book as a reminder of the Lord's love for each of us.

Posted by Geo Librarian at 4:38 PM No comments: Links to this post 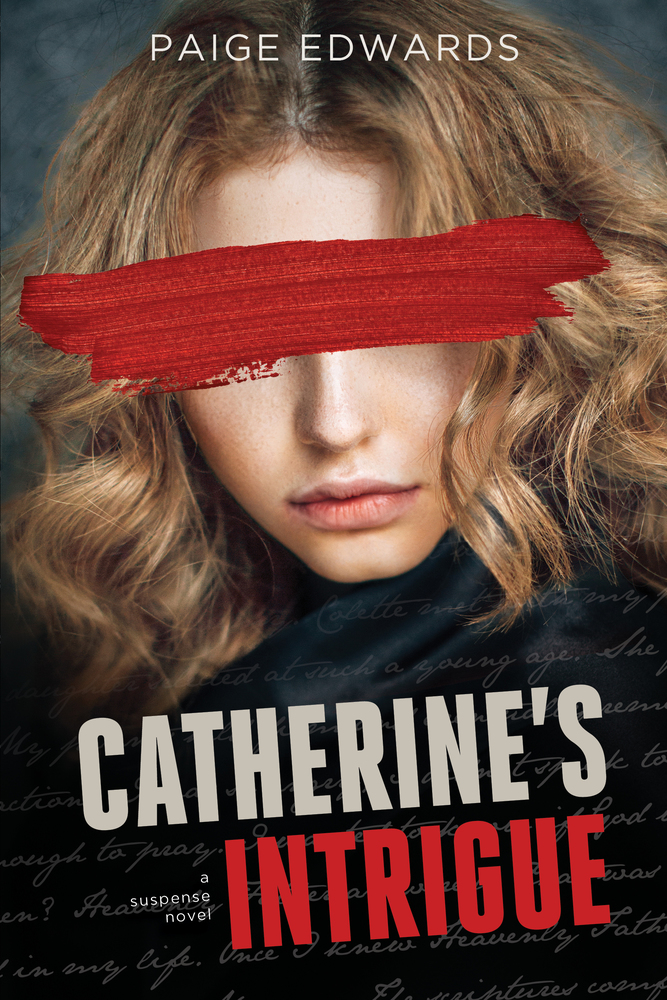 CATHERINE'S INTRIGUE
a suspense novel
by Paige Edwards
Covenant Communications, 2019
ISBN: 978-1-52440-673-8
Source: publisher for review
All opinions expressed are solely my own.

To fulfill her mother's last request, twenty-four-year-old historic design specialist Catherine Pressley-Coombes travels to England in order to investigate an elusive family line. Armed with an illegible diary, she is determined to discover the identity of her mysterious ancestress. Distracted by an Elizabethan manor and unused to British country roads, Catherine runs her car into a ditch. Luckily, Nick Davidson, a handsome, hard-working local rides in on his tractor to save the day. As the down-to-earth manager of his family's estate, Nick also happens to be one of England's most eligible aristocrats.

Nick is certainly not the kind of man Catherine would fall for, a man dogged by media and rumor. So why does she find the English lord so irresistible? Even though she can't overlook their differing values and beliefs, as she and Nick spend time together, their attraction deepens. While she battles through romantic turmoil, Catherine is beleaguered with far more sinister concerns: a series of unexplainable misfortunes that are not mere accidents. With her heart on the line, Catherine discovers her life is in jeopardy, and she has no idea who the perpetrator is but she has a growing suspicion that the danger might be connected to whatever secrets lie hidden in her ancestor's diary.

Posted by Geo Librarian at 4:10 PM No comments: Links to this post 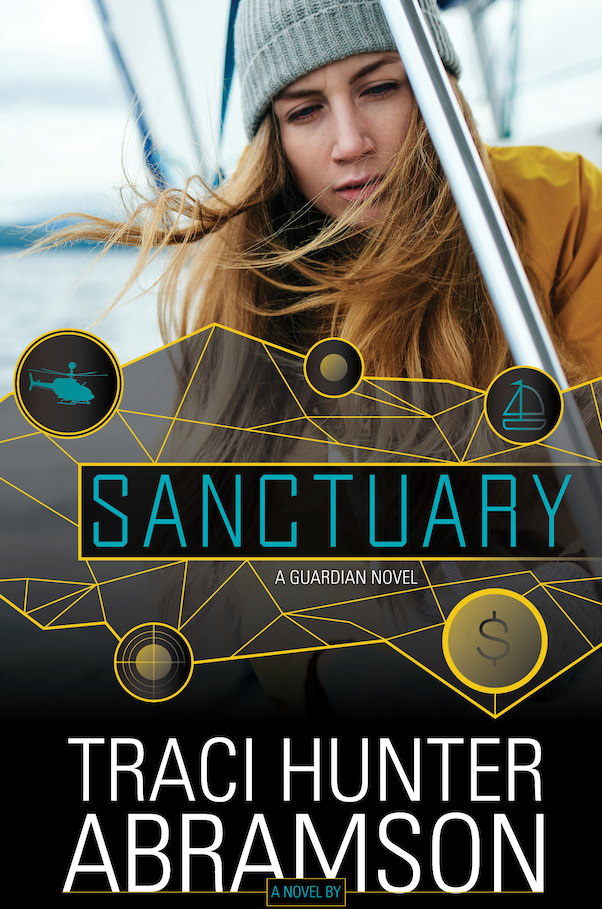 Kristi Hartinger has come to terms with her life as a single, thirty-something woman. She was in love . . . once. But following her boyfriend's tragic death, no one else could capture her heart. And nothing else could fill that void, though the serenity of the ocean came close. Two years ago, Kristi left the craziness of her Wall Street career behind and embraced a simpler life on her family's private island off the coast of Main. As a resident of the small beach community, she anticipates a quiet future—until she comes face-to-face with her past.

Ace Samson is dead, or so the world believes. As a member of a secret organization known as the guardians, he was forced to fake his death years ago, leaving everything behind when he became an agent. So when he is selected to offer a potential new recruit a job with the organization, Ace braces himself: for the first time in more than a decade, he must face the woman he loved and left.

Kristi's world is rocked by Ace's sudden reappearance, and she's soon drawn into his world of danger and cover-up. But when Kristi herself becomes a target, Ace will do whatever it takes to protect the only woman he has ever loved.

Like the other books in the guardians series this one revolves around one of the members of the Guardians team whose purpose is to secretly help and protect those in need.  This book tells the story of Ace, the senior member of the team, and how he came to be a member and what he gave up in the process.  With the world considering him deceased, he lives like a ghost, coming and going as needed.  But when he's required to revisit an old flame and inform her that he isn't dead as she's thought for the last twenty years, he's not so certain of the response he's going to get.  But Kristi has troubles of her own and when the two meet again, they work together to face those troubles.  Abramson has done a nice job in adding to her growing series of books about the guardians and the various people involved in it.  I enjoyed reading about Ace and Kristi and the challenges they face.  I also loved the setting, an island off the coast of Maine.

Posted by Geo Librarian at 4:24 PM No comments: Links to this post 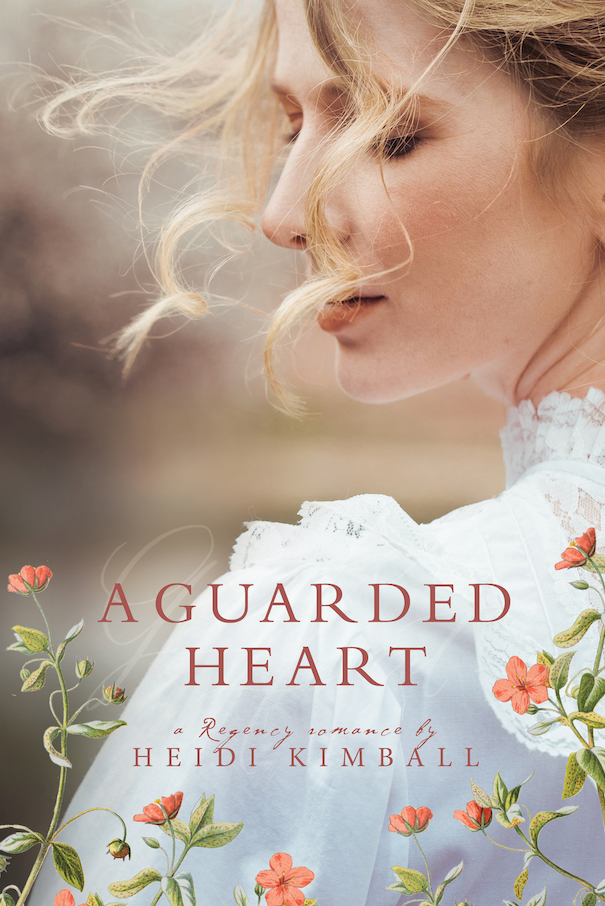 A GUARDED HEART
a Regency romance
by Heidi Kimball
Covenant Communications, 2019
ISBN: 978-1-52440-686-8
Source: publisher for review
All opinions expressed are solely my own.

Three years after a shocking scandal destroyed her family and forced her into isolation, Eleanor Hayward finally has an opportunity to put her painful history and dashed hopes behind her. But reentering society is no simple task. In her cousin’s glittering ballroom, Eleanor is stunned when she comes face-to-face with the man who broke her heart those years before.

Edmund Fletcher thought he had laid the past to rest until he unexpectedly encounters the woman who so nearly became his wife. Soon to be engaged to another, Edmund knows he must let go of the complicated feelings he harbors for Eleanor. However, when the Hayward scandal resurfaces and the truth behind their parting is revealed, Eleanor and Edmund are left reeling. Tormented by thoughts of what could have been, they realize it is impossible to rewrite history. But is there a future in which they might both find happiness—and true love?

Kimball has written a tender story about reconciliation and forgiveness.  Eleanor has spent the last three years of her life hiding away from society.  After her brother's choices destroy her social standing, she's tried to put her life back together.  Being dropped by her almost fiance at the same time didn't help any.  But now she's hoping to rebuild her life.  But running into her former flame brings up all the pain of the past and she's left reeling.  Edmund, on the other hand, has spent the last three years trying to forget Eleanor and her actions.  After running into her again though, he realizes that his feelings aren't completely gone.  And when he discovers the real reason for their parting, he's torn between duty and love.  I sympathized with Eleanor's difficulties and even Edmund's struggles brought a pang.  But both make the best of some very difficult situations and their hearts take care of the rest.

Posted by Geo Librarian at 2:06 PM No comments: Links to this post