Can love conquer all in the face of differing beliefs and a world turned upside down? Find out in Arlem Hawks stunning BEYOND THE LAVENDER FIELDS. 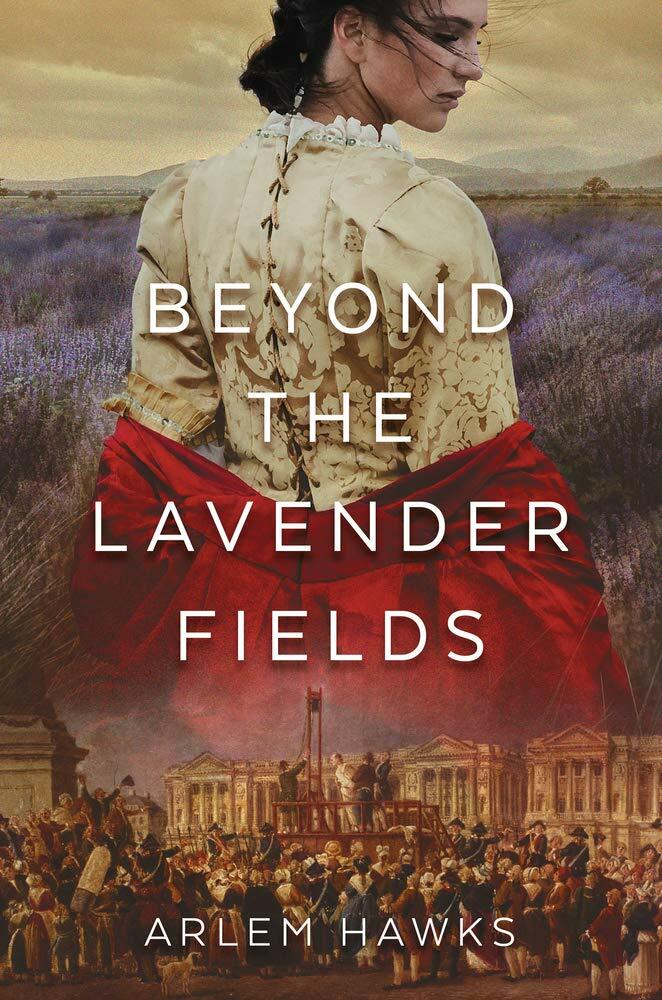 BEYOND THE LAVENDER FIELDS
by Arlem Hawks
Shadow Mountain, 2022
ISBN: 978-1-62972-935-0
Source: ARC from publisher for review
Historical romance
All opinions expressed are solely my own.
Book cover and information provided by publisher.
ABOUT THE BOOK
1792, France

Rumors of revolution in Paris swirl in Marseille, a bustling port city in southern France. Gilles Étienne, a clerk at the local soap factory, thrives on the news. Committed to the cause of equality, liberty, and brotherhood, he and his friends plan to march to Paris to dethrone the monarchy. His plans are halted when he meets Marie-Caroline Daubin, the beautiful daughter of the owner of the factory.

A bourgeoise and a royalist, Marie-Caroline has been called home to Marseille to escape the unrest in Paris. She rebuffs Gilles’s efforts to charm her and boldly expresses her view that violently imposed freedom is not really freedom for all. As Marie-Caroline takes risks to follow her beliefs, Gilles catches her in a dangerous secret that could cost her and her family their lives. As Gilles and Marie-Caroline spend more time together, she questions her initial assumptions about Gilles and realizes that per-haps they have more in common than she thought.

As the spirit of revolution descends on Marseille, people are killed and buildings are ransacked and burned to the ground. Gilles must choose between supporting the political change he believes in and protecting those he loves. And Marie-Caroline must battle between standing up for what she feels is right and risking her family’s safety. With their lives and their nation in turmoil, both Gilles and Marie-Caroline wonder if a révolutionnaire and a royaliste can really be together in a world that forces people to choose sides.
ABOUT THE AUTHOR
ARLEM HAWKS began making up stories before she could write. Living all over the western United States and traveling around the world gave her a love of cultures and people and the stories they have to tell. She has a bachelor’s degree in communications, with an emphasis in print journalism, and she lives in Arizona with her husband three children.
REVIEW
Arlem Hawks hits it out of the park with her new historical fiction novel Beyond the Lavender Fields.  Her characters are fascinating and intriguing, her setting is superbly presented, and her plotting is magnificent.  I found this novel of the French Revolution to be utterly compelling.  I didn't read it quickly, the story has to many ins and outs and ups and downs to be read quickly.  But I found myself relishing each encounter between Gilles and Caroline as they got to know each other.  Not only was their relationship complicated from the beginning because of their political beliefs but the circumstances and people around them complicated things as well.  This made their love story all the sweeter and more intricate as they both come to terms with their feelings for each other as well as face the ongoing challenges of the revolution.  Caroline seems firmly placed on the royaliste side of things, but as I got to know her better I realized that it wasn't that simple.  Some of her actions were distinctly non-royaliste.  Gilles grows and develops as he realizes that his beliefs and actions don't always match up to the revolutionary zeal that he has long professed.  This stunning novel full of intricate details and sometimes shocking events took me on quite the journey. By the time I was finished reading, I considered Gilles and Caroline to be dear friends.  The mixing in of the French phrases and places made it feel all the more real.  I did appreciate the inclusion of a glossary of the French terms and a pronunciation guide for the names. The only thing missing was a good map or two.  This is a book that I will read again and again just to enjoy meeting old friends again.
BOOK TRAILER
Geo Librarian at 3:59 PM
Share