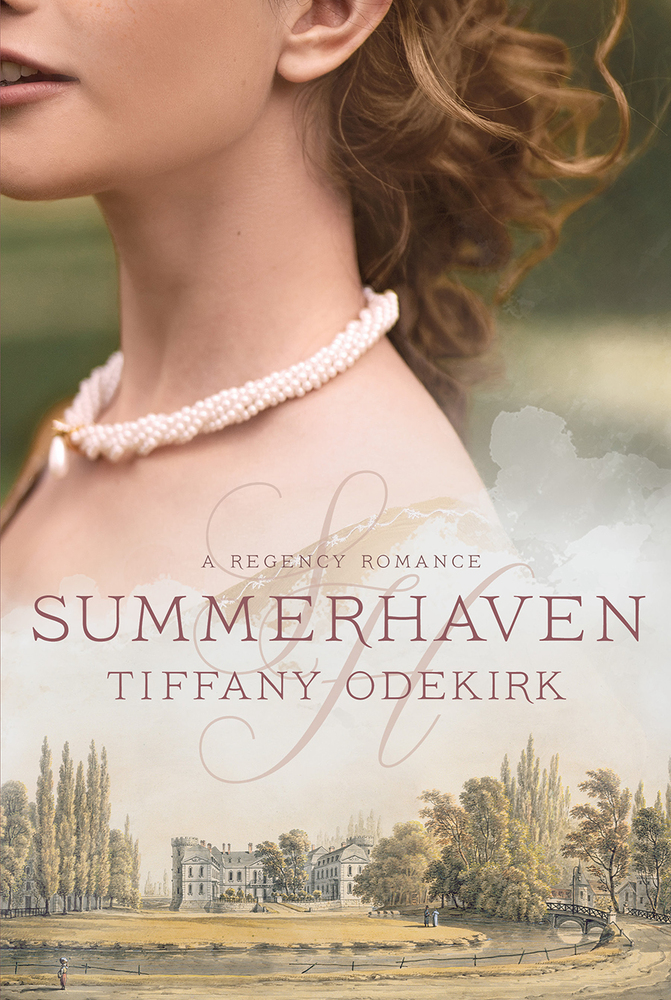 SUMMERHAVEN
A Regency Romance
by Tiffany Odekirk
Covenant Communications, 2022
ISBN:  9781524421465
Source: eARC from author/publisher
All opinions expressed are solely my own.
Book cover and summary from Deseretbook.com.
Book excerpt and banner from author for blog tour.
ABOUT THE BOOK
Hannah Kent and Oliver Jennings pledged their hearts to each other as children. Now, years later, Hannah is thrilled to receive an invitation to spend the summer at Oliver’s family’s country estate. The path to wedded bliss is clear—so long as Oliver’s highbrow older brother, Damon, has ceased his juvenile antics, Hannah’s future looks bright indeed.

But from the moment Hannah arrives at Summerhaven, nothing is as she expected. Oliver seems disinterested in renewing their acquaintance, and Damon is not the brutish boy she remembers but a man intent on avoiding marriage. Although she has loathed Damon her whole life, when he contrives a ruse designed to win them both what they desire, Hannah warily agrees. All she has to do to reclaim Oliver’s attention is pretend to be madly in love with Damon. But when Damon is surprisingly convincing in his role as a suitor, it proves difficult to discern the line between pretense and true love.
REVIEW
This lovely tale of love misguided and love forsworn made for a sweeping adventure.  Hannah's dream of the promised love between her and Oliver Jennings sends her to Summerhaven in hopes of seeing the promise from her youth fulfilled.  To her surprise, however, Ollie doesn't seem at all interested in her anymore.  After making a deal with Ollie's older brother, she discovers to her surprise that maybe dreams can change.  Damon and Hannah make for some great characters that I thoroughly enjoyed reading about, especially as they got to know each other better.  Odekirk does a fabulous job bringing not only her characters to life but the time and place as well. I very much look forward to returning to the sweet environs of Summerhaven again and again.
BOOK EXCERPT

Damon stepped forward, and his watch key and seal—visible reminders of his status and self-importance—clanked together. He bowed. “Miss Kent.”

“My lord,” I returned with a shallow curtsy.

The corners of his mouth curled into a smile. “I see someone has managed to make a lady out of the wild girl I once knew,” Damon said, and before stepping back in line with his mother, he met my eye and added, “A pity.”

My eyebrows pulled together in surprise.

“Do try not to scowl, Miss Kent. It will crease your lovely brow.”

“My apologies, Mother. Teasing a beautiful woman is one of few things that has yet to be lectured out of me.”

I gaped. Never in all my life had a man spoken so casually to me. Damon may have grown into a man, but he was not a gentleman.