COVER REVEAL for A.L. Sowards upcoming A WALTZ WITH TRAITORS!

I am delighted to be part of the cover reveal for the upcoming book of one of my favorite authors, A.L. Sowards. I'm always amazed at the stunning stories she writes and the incredible historical detail she includes.  She always manages to dig up fascinating events and stick her remarkable characters right into the middle of them.
Her new book, A Waltz with Traitors comes out in March 2023, which is way too far away if you ask me.  But in the meantime, we can ponder this book blurb and admire the stunning cover.
A WALTZ WITH TRAITORS
By A.L. Sowards
Covenant Communications, March 2023
Sometimes the road to freedom is a six-thousand-mile-long railroad track. Sometimes the road to love is even longer.
The Former Russian Empire, 1918
Czech soldier Filip Sedlák never wanted to fight for the Austro-Hungarian Empire. So at the first opportunity, he defected to the Russians. Now he and others like him have formed the Czechoslovak Legion. Their goal: leave the chaos of Russia, sail to France, and help the Allies defeat the Central Powers, thereby toppling a hated empire and winning an independent Czechoslovakia.
With the fall of the tsar, Nadia Linskaya’s life is in ruins. Her family is dead, her lands are confiscated, and her aristocratic world is gone forever. But Nadia is determined to elude the Bolshevik agent who destroyed her family and find a way to survive in this changed world.
When Nadia takes refuge with the Czechoslovak Legion, the last thing she expects is an ally. But when Filip proposes a sham marriage to ensure her safe passage across Siberia, she takes it. Neither Filip nor Nadia expect real love, not when the legion has to take over the longest railroad in the world—and then hold it against Bolshevik counterattacks, partisan sabotage, Allied intrigue, and a set of brutal Siberian winters. At risk is the future of Czechoslovakia, the fate of Russia—and their hearts. 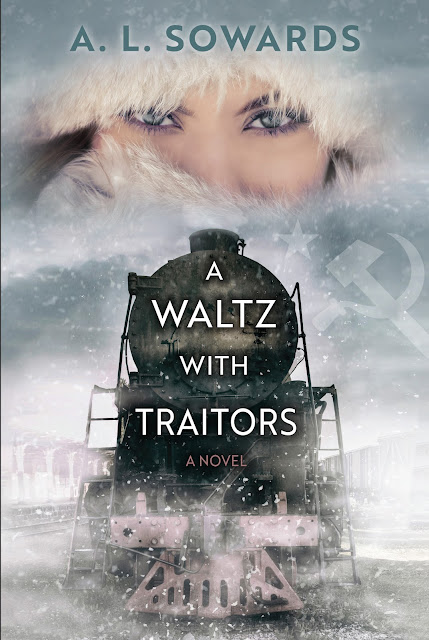 WOW! Isn't that cover amazing?! I love it!  I can't wait to get my hands on this one! I know that's a lot of exclamation marks but I'm so excited that I just can't help myself. :)
Geo Librarian at 12:31 PM
Share