BLOG TOUR and GIVEAWAY: BEFORE THE FORTRESS FALLS by A.L. Sowards 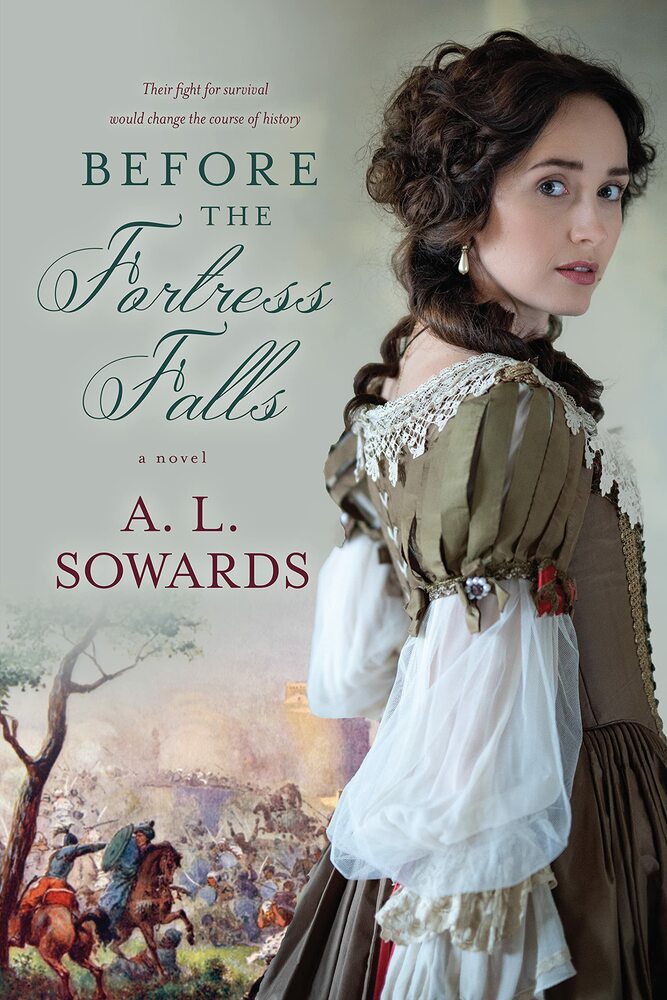 BEFORE THE FORTRESS FALLS
A Historical Novel
by A.L. Sowards
Covenant Communications, 2022
ISBN: 978-1-52442-080-2
Source: eARC from publisher/purchased copy
Historical fiction/romance
All opinions expressed are solely my own.
Book information and cover provided by the author for blog tour.
ABOUT THE BOOK
When rumors reach Vienna that an attack by the Ottoman army is imminent, Wilhelm von Schor, one of the emperor’s courtiers, prepares to evacuate his family—including his sister, Katja. But Katja’s reluctance to leave the city and the people she loves so well grows the farther the family carriage gets from her childhood home. When she learns that another brother, Xavier, is returning to Vienna with his musketeers, she decides to remain behind and face the shadow of war.

Katja soon reunites with Xavier and also with Toby, a dear friend from childhood. As Katja and Toby renew their friendship, an element of attraction builds on the comradery of their youth, and they quickly realize they have found something worth fighting for: love. But all too soon, the Ottomans encircle the city, blanketing its inhabitants in fear. Katja, Toby, and Xavier must each fulfill their new roles if they are to survive. In the overcrowded hospitals, below ground in the countermines, and on the ramparts defending the city walls, the three must fight for love, family, faith, and the survival of their city and everyone inside.

A. L. Sowards is the author of multiple historical fiction novels, with settings spanning the globe from the fourteenth to twentieth centuries. Her stories have earned a Whitney Award, several Whitney Finalists positions, and a Readers’ Favorite Gold Medal. She enjoys hiking and swimming, usually manages to keep up with the laundry, and loves it when someone else cooks dinner. She currently lives in the beautiful state of Alaska with her husband, three children, and an ever-growing library.
Website
Instagram
Facebook
Newsletter
Goodreads
A. L. Sowards on Linktree

REVIEW
A.L. Sowards has written another stunning historical fiction story with amazing characters, incredible historical detail, and a compelling, heart-breaking plot.  Katja and her brothers, Xavier, and Wilhelm get caught up in the siege of Vienna by the Ottoman empire in 1683.  While Wilhelm uses his diplomatic skills to get help for the besieged city, Xavier serves in the army desperately trying to hold off the highly skilled janissaries.  After deciding to stay in the city, Katja finds herself helping care for the wounded while falling in love with an old friend, Toby.  Toby works as a counterminer, helping defuse miners and fill in threatening mines. While the city's fate hangs in the balance so does the fate of Katja and her friends and family.
As in her previous works, Sowards provides an amazingly detailed glimpse into a time and place and what it may have been like to be there.  The suffering presented is heart-wrenching while the resilience and determination of various characters is inspiring.  The Christian faith of the characters shines through in the most difficult of times. Katja's and Toby's class-defying romance is both sweet and sad as it occurs during an incredibly difficult time for both of them.  Sowards' great storytelling presents readers with a story that touches the heart while sharing surprising connects to current events.  For those who enjoy reading historical fiction that leaves its mark on you when you are finished, I highly recommend Before the Fortress Falls.
BOOK TRAILER
FIND THE BOOK
Goodreads
Amazon
Deseret Book
B&N
Seagull Book
GIVEAWAY
a Rafflecopter giveaway